Cumbria and Lancashire Community Rehabilitation Company
Restorative Justice
Restorative Justice is an initiative that brings together the victim and offender of a crime to discuss the event. This process has provided an opportunity for both parties to clear the air, come to terms with what has happened and ultimately move on with their lives for the better.

This campaign focussed on the mental state of mind from before Restorative justice and then after. Beforehand people are often anxious, scared, angry or feeling very vulnerable. Afterwards people become more a ease with the situation, which in turn allows them to find closure and move on.

This campaign was aimed at the general public in order to raise awareness of Restorative Justice and prompt people to come forward if they are struggling to move on. The campaign was also aimed at offenders serving their sentence, helping them to understand the consequences their actions had and ultimately help them get on the right track. 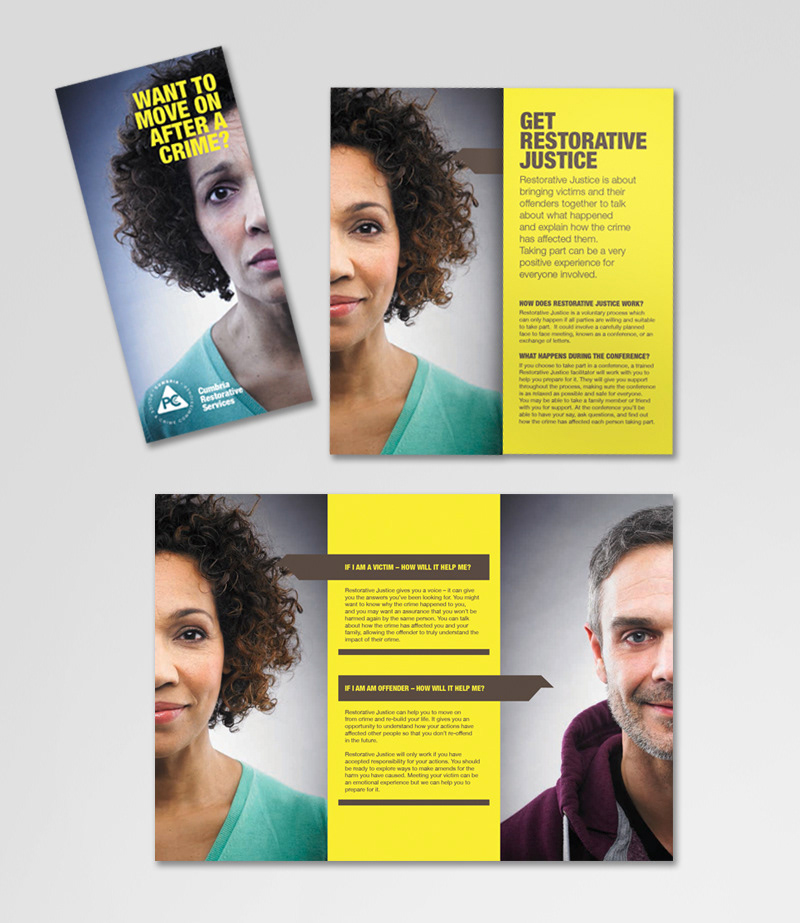 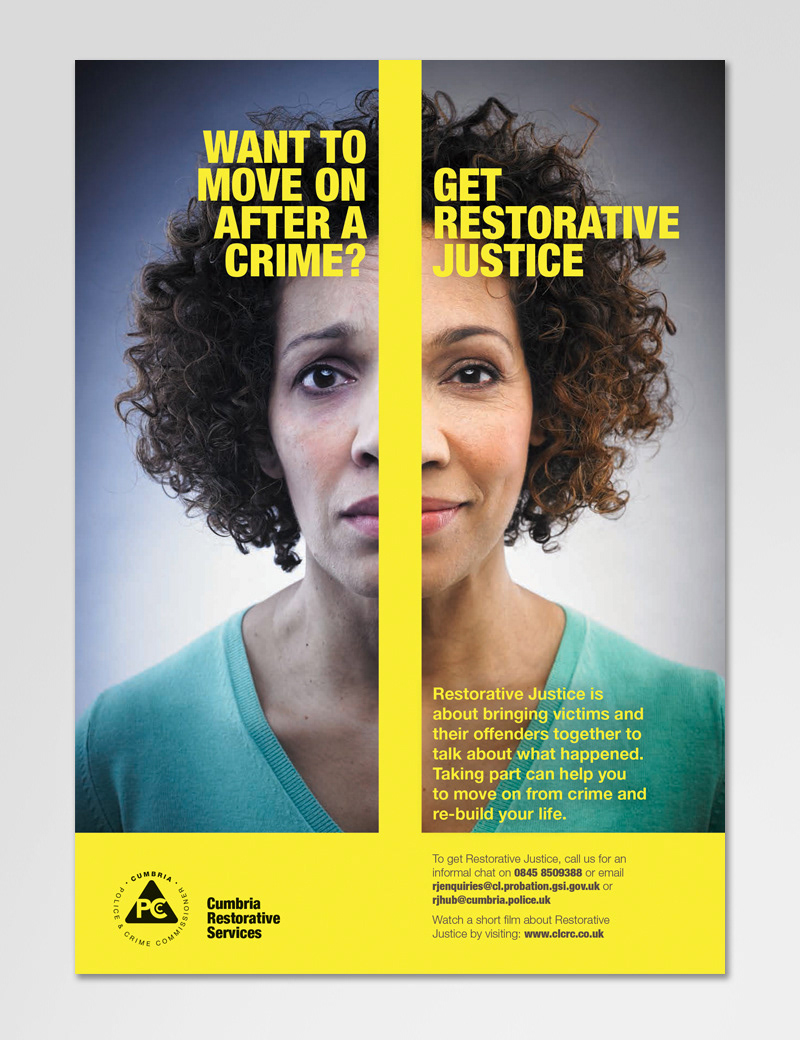 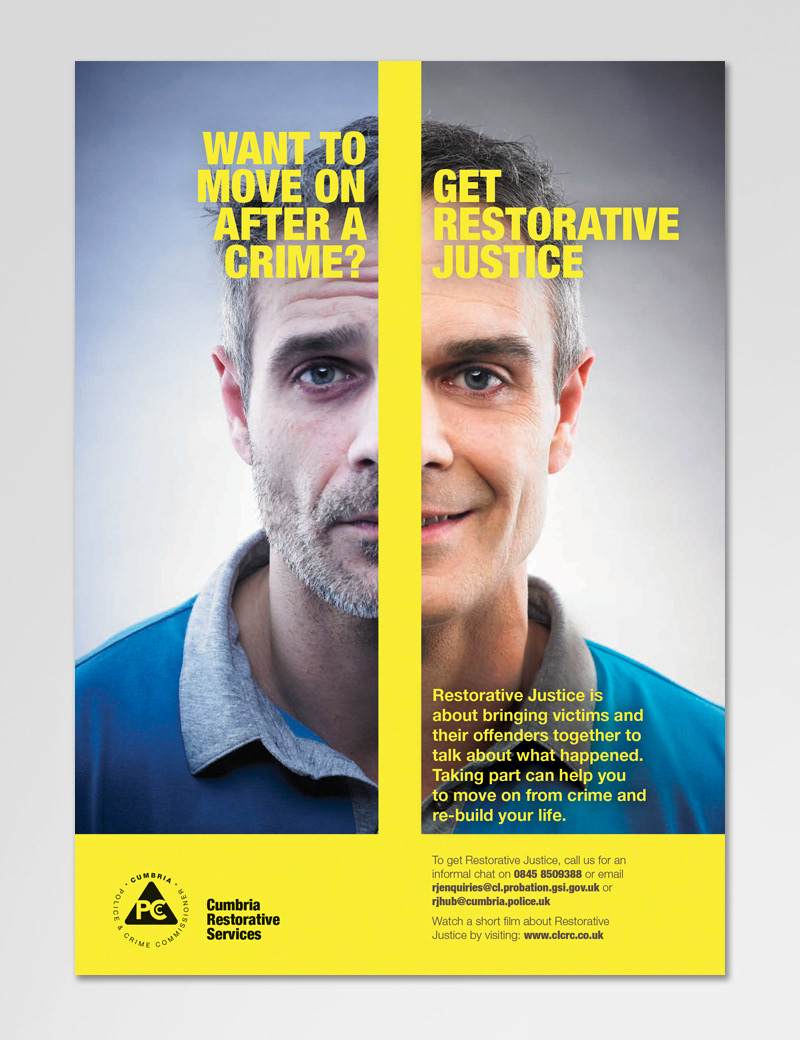